Funeral, memorial, and other service attire can be a minefield of differing traditions and opinions, often leaving guests completely unsure of what to wear. You’re not alone if you’re wondering what to wear to a memorial after a cremation service in Washington Crossing, PA.

However, you don’t have to be unsure anymore. Use this ultimate guide to funeral attire as inspiration for your funeral or memorial outfits. When dressing for a funeral or memorial, you should be aware of some common attire guidelines. For instance, avoid revealing pieces. Shirts and dresses should always cover up to the neck and pants and dresses should go down to the knees. Many traditions also require shoulders and knees covered as well as headwear such as hats for the men and headscarves for the women.

As for footwear, avoid athletic shoes like sneakers as well as casual shoes like flip-flops. More causal services may allow t-shirts and other informal wear, but always avoid loud prints or big logos and keep a formal jacket on hand just in case. A general rule of thumb is to dress as you would for a job interview or a church service: conservative, clean, and put-together. The traditional colors worn at funerals are an important aspect of funeral attire. Though not every service calls for dark hues, you will almost always blend in and be appropriately dressed if you stick to the tradition of wearing a black, dark grey, or deep blue. Brown shades, lighter grays, and other earthy colors are acceptable for most funeral services. Be sure to avoid bright colors including yellow, red, pink, orange, and white. You can wear white if it’s part of an accessory or worn underneath dark colors, like a white shirt with a dark jacket.

Memorials are more informal events than funerals, but they still require somewhat subdued 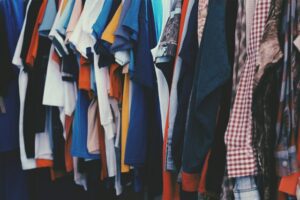 formal clothing. When in doubt, err on the side of more formal and more traditional with dark colors and conservative cuts. Celebrations of life are unique services in that they are more casual and upbeat. As such, they have fewer expectations and requirements for dress. Celebrations of life can range from lighthearted memorials to parties with dancing, so be sure to check the invitation for guidance on attire. However, it’s safe to assume that a smart-but-casual outfit will be acceptable. Wakes, viewings, or visitations are muted, somber events and therefore require muted, somber clothing. Expectations for attire can range from highly formal to dressy-casual, so be sure to check the invitation or dress according to what you know about the family. Similarly, it’s important to dress respectfully and conservatively at a funeral to honor the deceased and the bereaved. Stick to tradition, avoid bright colors, and, when in doubt, dress like you would for a job interview.

We are here to help if you want more guidance on Washington Crossing, PA cremation services, or what to wear to death-related events. Please call or visit us today to learn more about what we can do to help.

This is far from a comprehensive list of American funeral traditions. Others include pallbearers, open caskets, embalming, sending flowers, funeral processions, wearing black, and more. You are allowed to choose all, some, or none of these traditions to celebrate the life of your lost loved one. However, the most common include burial, reception, viewings, and funerals.

A burial is a form of final disposition in which a body is buried in a hole in the ground. Also known as internment, burial is one of the longest-standing death traditions in the United States. Burial first became popular as a way to keep animals away from a body and to protect the living from the smell of the decaying body. However, it quickly transformed into a way to show respect for the dead and a way for the bereaved to be able to visit the deceased to continue to pay their respects. Interestingly, the “six feet deep” rule is just a myth. There is no nationwide law regarding grave depth, as necessary depth depends on soil type, method of burial, and other factors. The most common depth requirement is 36 inches.

Funeral services are traditionally followed by a reception or wake at which the bereaved can receive support and comfort from the funeral attendees. Receptions, help the bereaved’s community get together and honor the family. These gatherings can be held almost anywhere, from banquet halls and restaurants to churches, homes, or even parks. The bereaved generally invite all the funeral attendees, but some open it up to the general public or keep it more intimate with only close family and friends. 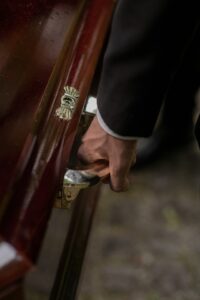 A visitation is when the family of the bereaved make themselves available for other family, friends, coworkers, and anyone who’d like to come so these people can express their condolences for the passing. Similarly, a viewing is when the bereaved can gather to view the body and express condolences. Viewings are often held at the funeral home, but can also be held in other locations. A traditional funeral usually consists of viewing or visitation followed by a funeral service that includes readings, prayers, and eulogies and is concluded with the body being buried or entombed. What Americans think most of when they think of funerals is the general somber feeling combined with black attire, religious moments, and burial at a cemetery. However, these days, funerals and other services like memorials can be almost anything.

We are here to help if you want to learn more about traditions surrounding death or Washington Crossing, PA funeral homes. Please call or visit us today for more information on our services or how we can help in your time of loss or preplanning.

Whether you’re working on a research project, satisfying curiosity, or preparing for your eventual passing or the passing of a loved one, this information on interesting global funeral and cremation traditions is here to help. How are death and cremation services done in Newtown, PA? What about the rest of the world? These are just a few traditions from around the world, but they offer inspiration for your own planning and inspire tolerance for those who are different from us.

Sikhs believe in reincarnation. However, most choose to be cremated when they die. Before cremation, the body is washed and dressed in traditional Sikh attire and then placed in a casket while those gatherings recite prayers and read scripture from the Guru Granth Sahib. More prayers are recited during the cremation, and afterward, the remains are either buried in scattered water. The Malagasy tribe of Madagascar has a tradition called “Famadihana,” which means “the turning of the bones.” Every five or seven years, the people of the tribe will remove the bodies of their deceased loved ones from their graves, wrap them in fresh burial clothes, spritz them with fragrance, and even dance with them. This ritual is viewed as a way to reconnect with the dead and ask them for blessings.

In Mexico, The Day of the Dead, or el Día de Los Muertos, is an annual festival in which people 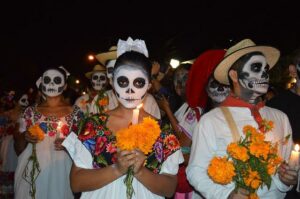 set up altars in their homes featuring photos of their deceased ancestors as well as offerings like food, candles, flowers, and drinks. The idea is that the ancestor photos will summon them from the land of the dead so they can enjoy the offerings and visit with their living family members. The Nordic people in Northern Europe are very connected to the sea, even in death. They traditionally set bodies adrift on the sea in coffin boats or lay coffins on cliffs facing the water. In the Islamic religion, bodies remain in their caskets until Judgement Day when they will be physically resurrected. Because of this belief, bodies must be buried within twenty-four hours of a death to ensure the body is in the best possible condition. In India, the bereaved traditionally dress the deceased in bright colors that represent their best virtues, such as yellow for knowledge and red for purity, and parade them through the streets. Afterward, they sprinkle the bodies with holy water and cremate them.

Call or visit us today to learn more about what we can do for you in your time of loss as we are here to help if you want more information on global death rituals or Newtown, pa cremation services.

What do you think we can learn from them? How can they inspire you as you preplan for your passing or deal with the loss of a loved one? Here are some customs around death and loss that are different from ours, but no less meaningful or beautiful. These are just a few of the many unique death traditions and rituals people practice around the world.

In India, most people believe in rebirth until eventual removal from rebirth into nirvana. To help the deceased escape rebirth and enter nirvana, the bereaved scatter the deceased’s ashes in a holy place, such as Varanasi. In Germany, cemeteries are almost exclusively operated by churches and the state, which means there aren’t that many available for burial at any given time. That’s why most cemetery plots are rented for twenty to thirty years. At the end of the rental term, the plot is used for another body.

In aboriginal Australia, the indigenous people believe the spirit of a recently deceased person will go back to the land before it can be reborn into a new human body. After somebody dies, the community holds a smoking ceremony at the deceased’s home in which the attendees use smoke to drive the spirit from the body so it can begin its next journey. Afterward, the body is placed on a platform, covered with leaves, and left to return to the earth in its own time. In Jewish culture, the dead are not left alone between the time of death and the burial. The Chevra Kadisha is a group of people, usually amassed from the local communities and synagogues, who wash and shroud the bodies and then sit with them until burial. Traditionally, women will sit with deceased women and men with men.

In the Philippines, the Tinguian people dress their dead in the finest possible clothes and then

set them up in chairs with lit cigarettes for weeks at a time. Iranian people believe that dead bodies defile everything they touch, including the ground and fire. That’s why some sects raise bodies into the sky on towers for the vultures to pick clean. Believers clean bodies with bull urine and cut off the clothing with tools, and then place them on the Towers of Silence.

In Kiribati, an island in the Pacific, the local tribes display the cleaned and polished skulls of their loved ones in their homes, but only after the bodies are left out in the house for up to 12 days, buried, and then dug up again for the skull removal.

We are here to help if want to learn more about our rituals and traditions at Newtown, PA funeral homes. Call or visit us today to learn more.